How to Grow More Food with Less 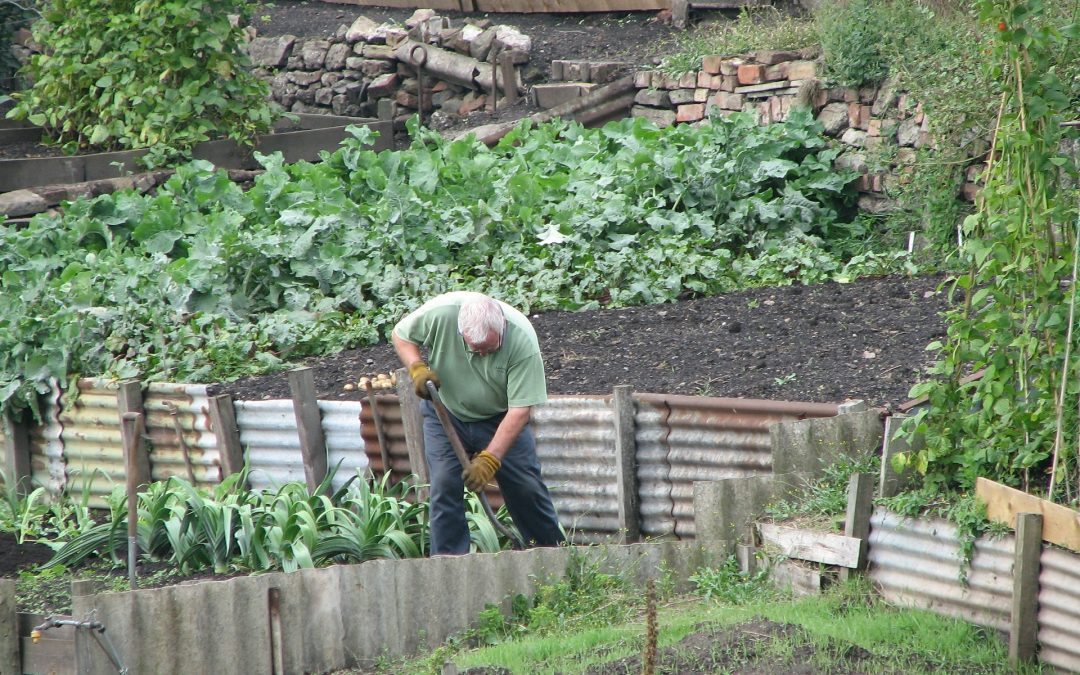 If you’re not careful and use effective methods, growing food can quickly seem like a parasite on your wallet and schedule—before you know it, you’ve spent hundreds of dollars on tools, seeds, fertilizers, and costly mistakes.

But, what if you could grow more with less?

In this post we’ll cover three ways that you can grow more food with less. We’ll talk about growing food with less technology and fewer inputs, and how to make your growing efforts into a beautiful, edible landscape. 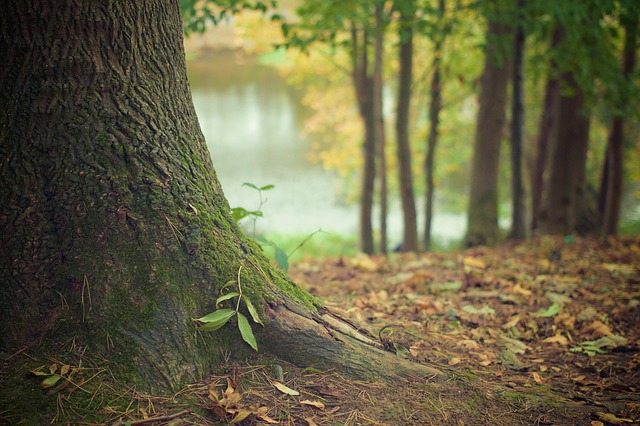 Image from Pixabay via Picography

Let me tell you a story, a story about the founder of Foundations for Farming.

This man grew up in Africa and grew tobacco for 20 years. Around 1980, he became a Christian and felt convicted against growing tobacco; he promised God that he would never grow tobacco again. Instead, he started growing food.

And then, his area had two severe droughts, and the bank told him they wouldn’t support him if grew food.

And so, he got a job working for a widow on a 1,000 hectares (ha – a little over 2,000ac) farm that was growing food. This farm was losing money, losing soil, and their costs kept rising.

In desperation, this man turned to the Lord for wisdom. He tried to observe the way God’s creation worked, and he noticed two principles from nature:

The man tried applying these basic principles on just 2ha, and they worked!

Later, stimulated storm trial experiments showed the difference between these two types of growing. On a plowed field without mulch, 90% of the rain ran off and 28 tons of topsoil eroded off (that’s about a semi-truck full). On a non-plowed field with a mulch cover, only 6% of the rain ran off, there was 94% rain infiltration, and only one ton of topsoil washed away!

In addition, he later learned that microorganisms in the soil feed on decaying organic matter and the sugars excreted from the plants’ roots because of photosynthesis. Aerobic organisms are on the surface of the soil—they need oxygen. Anaerobic organisms are lower in the soil—they don’t need oxygen. These microorganisms provide fertility for the plant. When this man plowed the soil upside down, he turned the entire system over on itself. No wonder he was having drought problems!

Well, God says that if we’re faithful with little, He’ll add to it.

And, this man in Africa started small by planting corn into wheat straw on 2ha. Over the next several years, they expanded this growing method to more hectares and in just five years, they had the entire farm under this technique. Yields increased immediately and stabilized, while costs decreased.

Crop rotation can seem confusing to many people.  Watch Noah Sanders talk about the basics of crop rotation concepts and methods in this clip from “Planting Methods”. 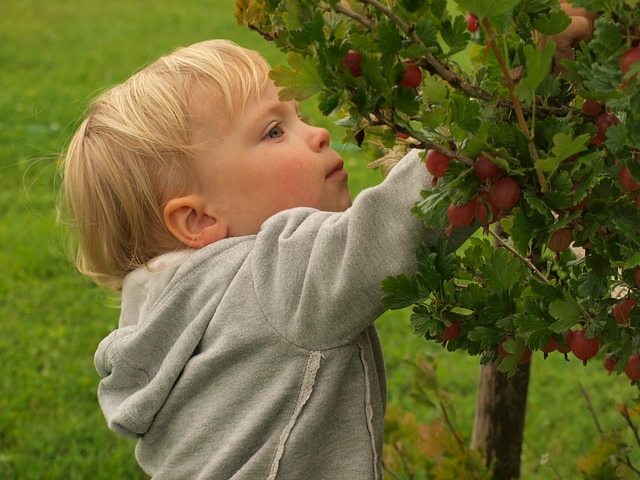 Image from Pixabay via sesila

There are many different definitions and ideas floating around today, ranging from some gardening ideas to some who base their entire life around permaculture principles! But what is permaculture, really?

Permaculture is a design science first pioneered in the 1970s in response to reports about the unsustainable modern culture, including the way agriculture—particularly industrial agriculture—was headed. (The actual term “permaculture” was coined by Australians Bill Mollison and David Holmgren.) This design science helps us form a permanent type of agriculture, a sustainable system that makes use of surpluses and actually leads toward abundance.

As Josh Deel puts it, permaculture is having a function diversity that is sustainable and creates surpluses with available energy like sunshine and gravity. This includes using techniques like food forests or keyline design.

Keyline design is a way to manage water flow on your property using simple techniques like creating swales and berms on hillsides or slopes and ripping slots in the land, so you can capture and fully utilize water. When you do that, you are extending an edge effect, where you’re spreading nutrients farther around the land, instead of losing them all. By this capture, you can create abundance and perennialize your landscapes.

Permaculture is all about observation, planning, and efficiency, and Zonal Placement is a system that places elements in relation to the amount of energy or usage that will go into them.

Zone 1 starts at your backdoor. This is where you keep very intensive activities like your kitchen garden or high-quality orchard trees that require regular tending.

Zones are about frequency, so Zone 2 is for things that you need to check daily, but not as frequently as Zone 1. Zone 2 would include things like greenhouses or maybe even beehives.

These zones are for broader acreage grazing systems or other elements that don’t need regular tending. 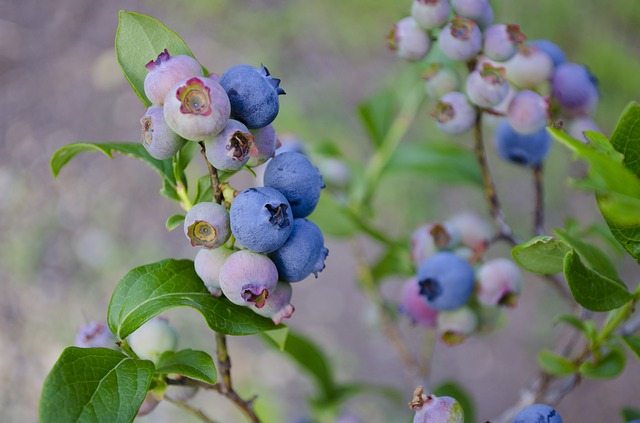 Image from Pixabay via tonyleeglenn

Edible landscaping is an exciting, beautiful way to sneak fruits, veggies, and other edibles into your yard and garden, even with constraints like small spaces or homeowner’s associations.

When you’re planning an edible landscape, be careful when using shrubs and trees. These are the largest plants and will take up the most space, meaning some growing areas will only have room for a few.

For example, choose edibles that also have ornamental qualities. Instead of planting just any shade tree, plant an apple tree. Or, choose plant varieties that are edible and pretty. Elderberry shrubs grow very well where Angela England lives, but their native elderberry doesn’t look as nice as other varieties of elderberries. (In contrast, other elderberries have beautiful burgundy foliage and edible qualities. There are also lime-colored varieties with lace-like leaves.)

Have a tiny space? No problem! Vertical growing might just extend your growing abilities.

Having Fun with Foliage

When we’re planning garden spaces, we usually focus on the flowers. Even long-blooming plants, however, only bloom for a few weeks.

Instead, focus on plants that also have pretty foliage. You can find foliage of many variations…

Contrast the bold, broad leaves you might see on one plant with the lacy, fern-like foliage of the dill plant. Planted together, this contrast will create an interesting garden, even when plants aren’t blooming.

Need another example? Let’s say you live in Zone 6 in a place surrounded by trees. Your growing areas only receive four to five hours of sun per day. How can you grow edibles in that situation, even if you can’t cut the trees? Don’t worry…there are plenty of options!

First, plant things in containers, so you can seasonally move them to follow the sun.

In this situation, look for plants that are naturally understory plants; woodland plants will tolerate shade.

Need another example? Let’s say you live in Florida and would like to plant things that do best with neglect.

So, what are you waiting for?

Read the Rest of the Grow More Food Series…

Put that produce to good use. Create your own ferments! 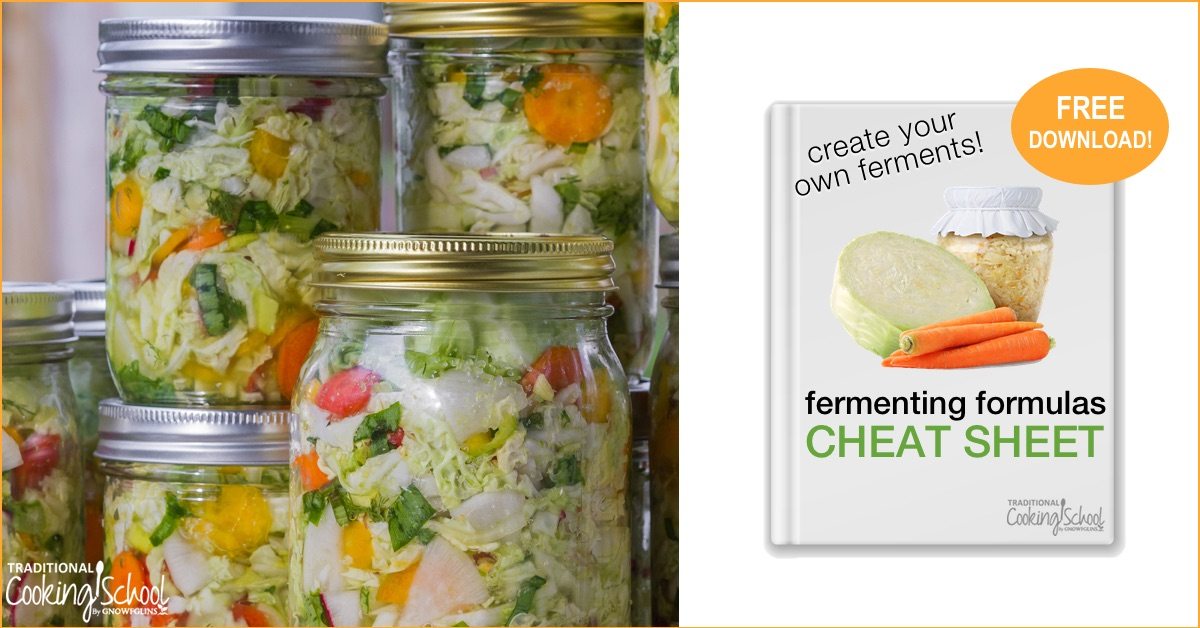 Get the free cheat sheet today.
Disclosure: The links above may be affiliate links. If you purchase any products after clicking on these links, at no additional cost to you, the Beyond Off Grid project may receive a small commission for making you aware of these important resources.